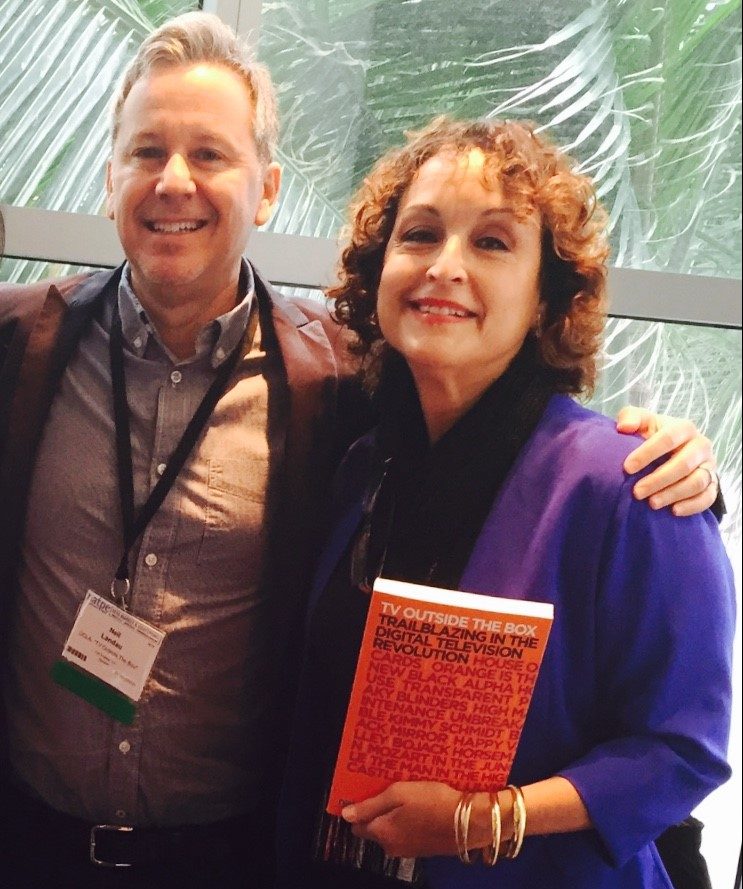 Interviewee: Neil Landau, author of “TV Outside the Box: Trailblazing in the Digital Revolution

Description: The traditional television models are being disrupted by on-demand and Over-the-top networks such as Netflix, Amazon, Hulu, Crackle, CW Seed, Vimeo, Awesomeness TV and many, many others. In this episode, we caught up with Neil Landau, author of “TV Outside the Box: Trailblazing in the digital revolution”, at the National Association of Television Program Executives conference in Miami. We discussed how the new “disruptors” of traditional television models are shaping the future of the television and feature film business. Neil is a bestselling author, producer, and award-winning screenwriter who runs the writing for the television program in the UCLA Department of Film, Television and Digital Media. For anyone interested in the dynamics of the global media revolution, this episode is for you.